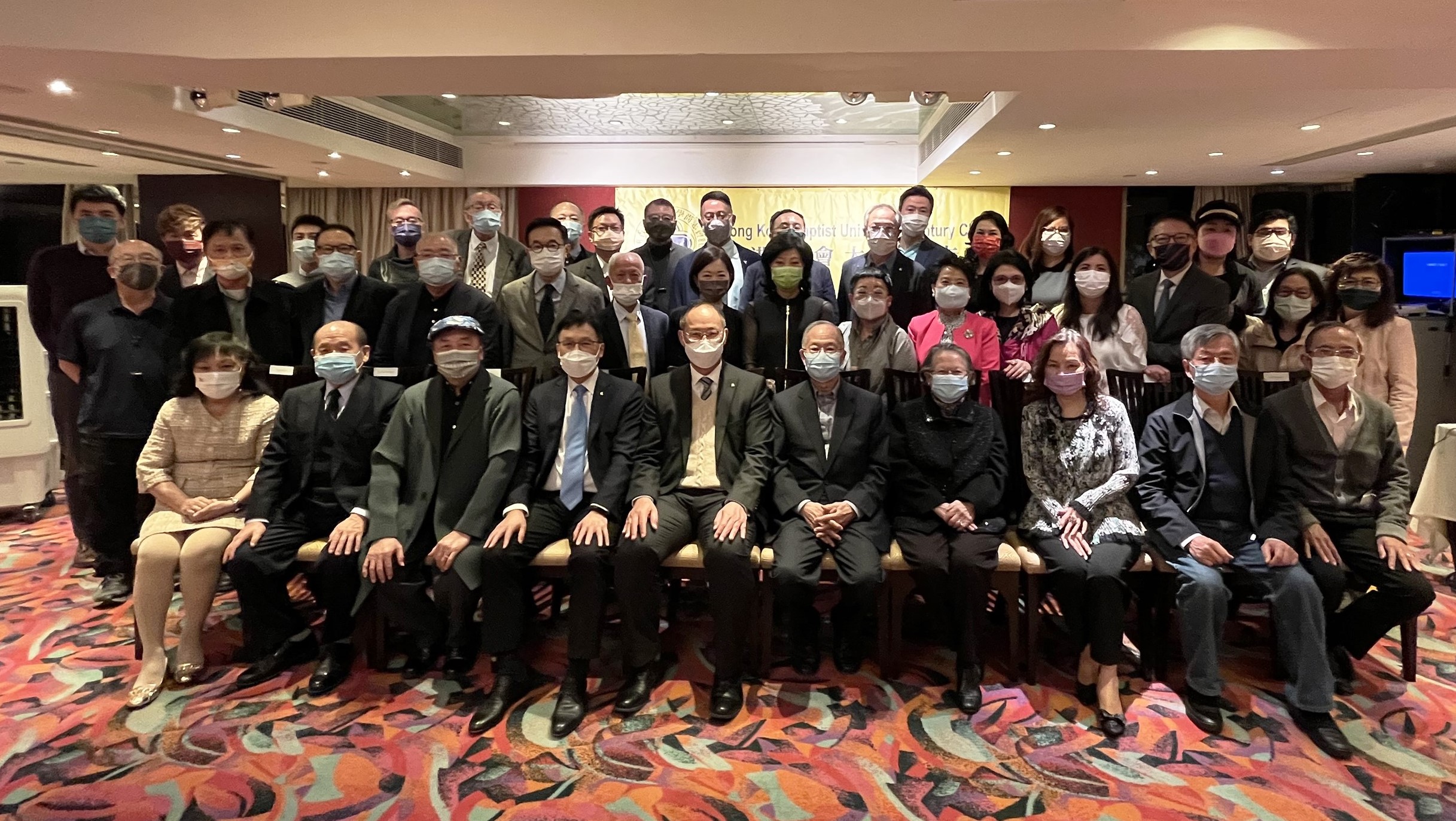 Alumni and guests enjoy the dinner to the full.

At the AGM, alumnus Kent Tsui (Communication), President of the Club, presented the President’s report on the activities and achievements in the past year. He also expressed his gratitude to the Board of Directors, Patrons, the Honorary Auditor Patrick Wong CPA and the Alumni Affairs Office of the University for their unfailing support to the Club over the years.

After the AGM, President Wai took the opportunity to share with participants the latest updates and achievements of the University, as well as the development of the Hong Kong first Chinese Medicine Hospital. Riding on the occasion, Professor Rick Wong, Patrons of the Club and the judging panel of the Century Club Sponsorship Scheme 2021 presented the cheques respectively to the representatives of the beneficiary projects (Please click here to view the Scheme’s result). On behalf of the Club, alumnus Kent Tsui also presented the Club’s donation to the University in the form of a cheque to President Wai as a birthday gift to the University to celebrate its 65th anniversary.

Please click here to view more photos of the event. 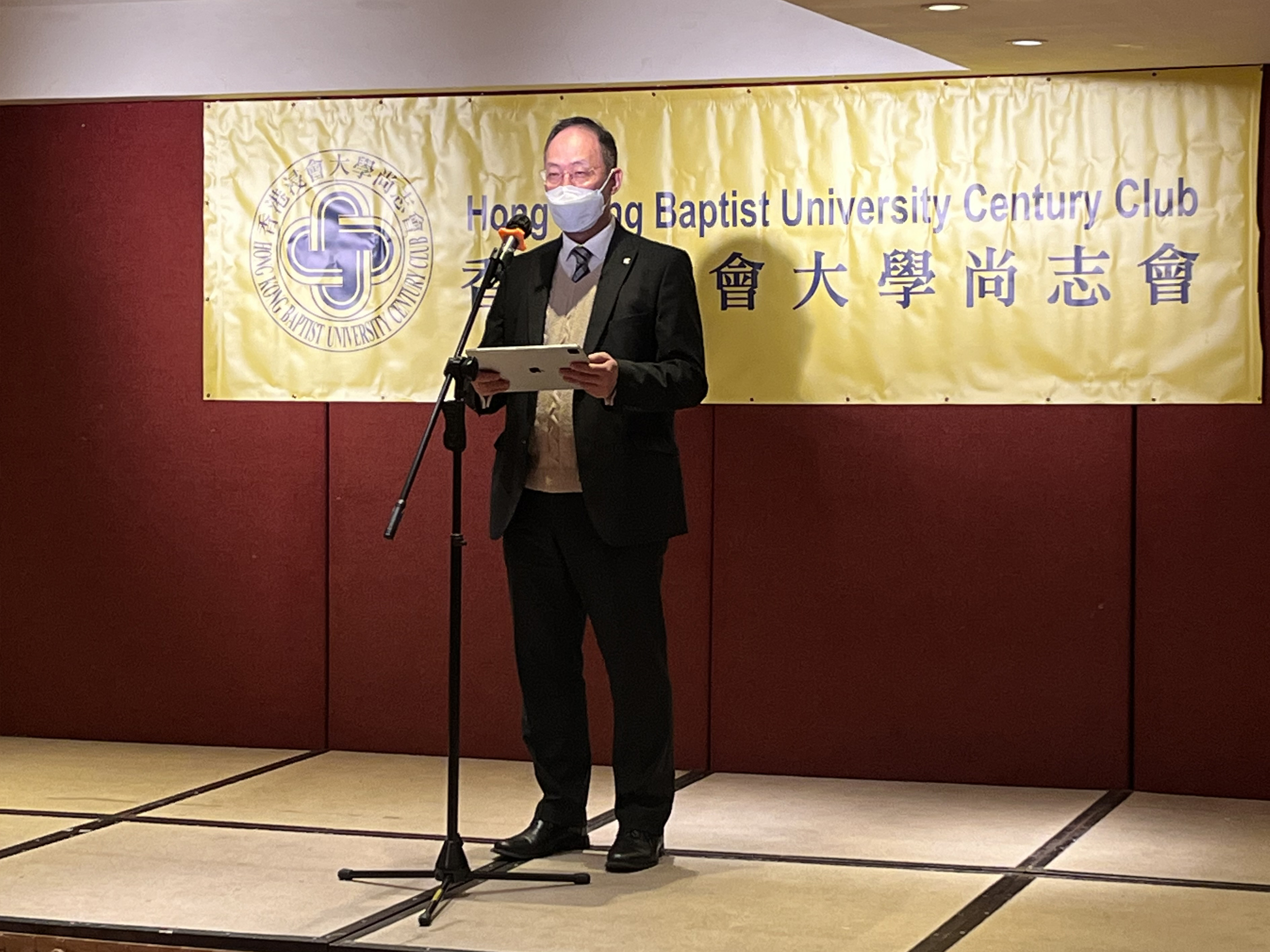 President Alexander Wai delivers a speech at the Dinner. 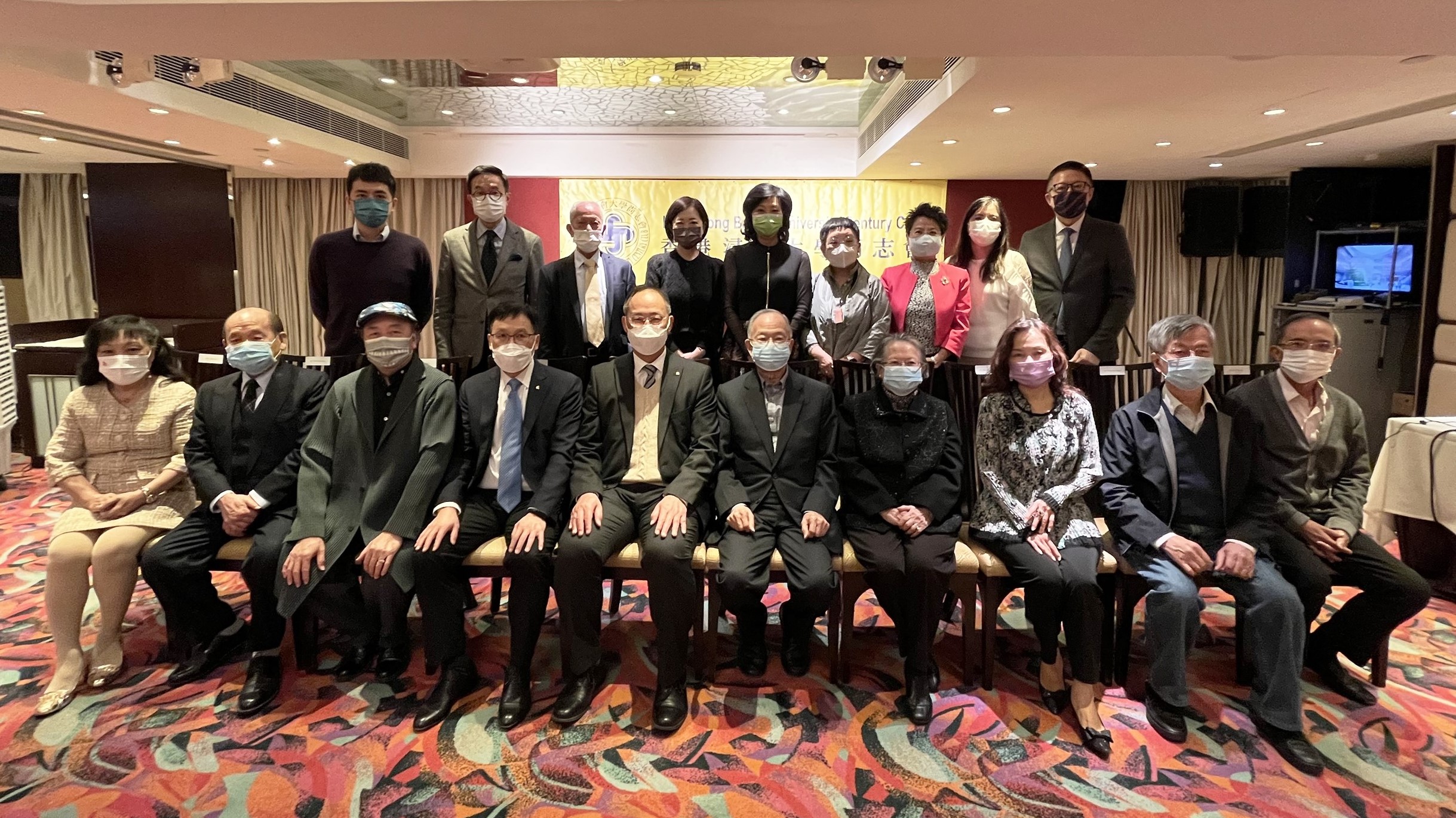 Board of Directors and Patrons of the Club pose for a photo with the University senior management and honorable guests. 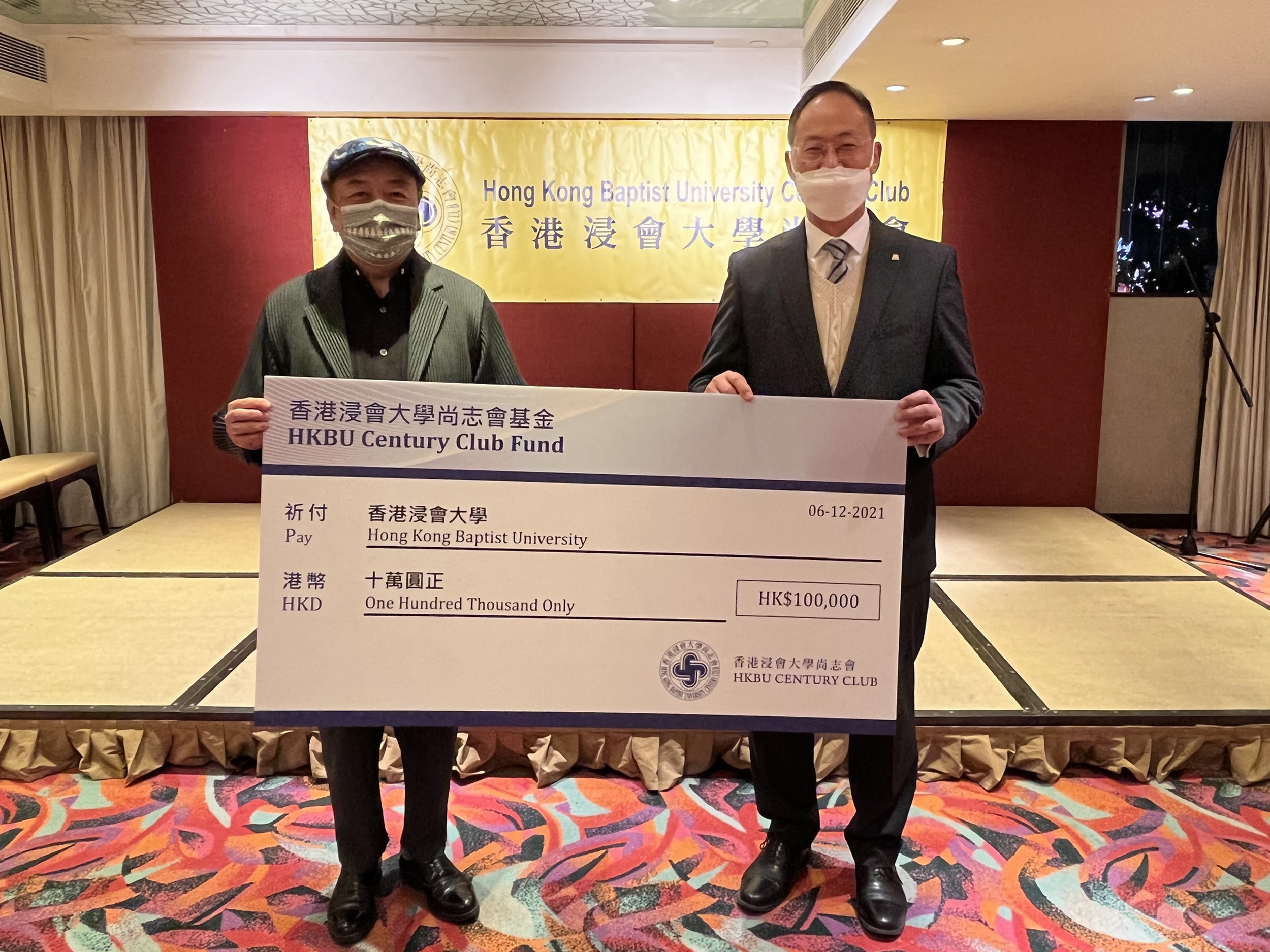 On behalf of Century Club, alumnus Kent Tsui (left) presents its donation to the University in the form of a cheque to President Wai (right). 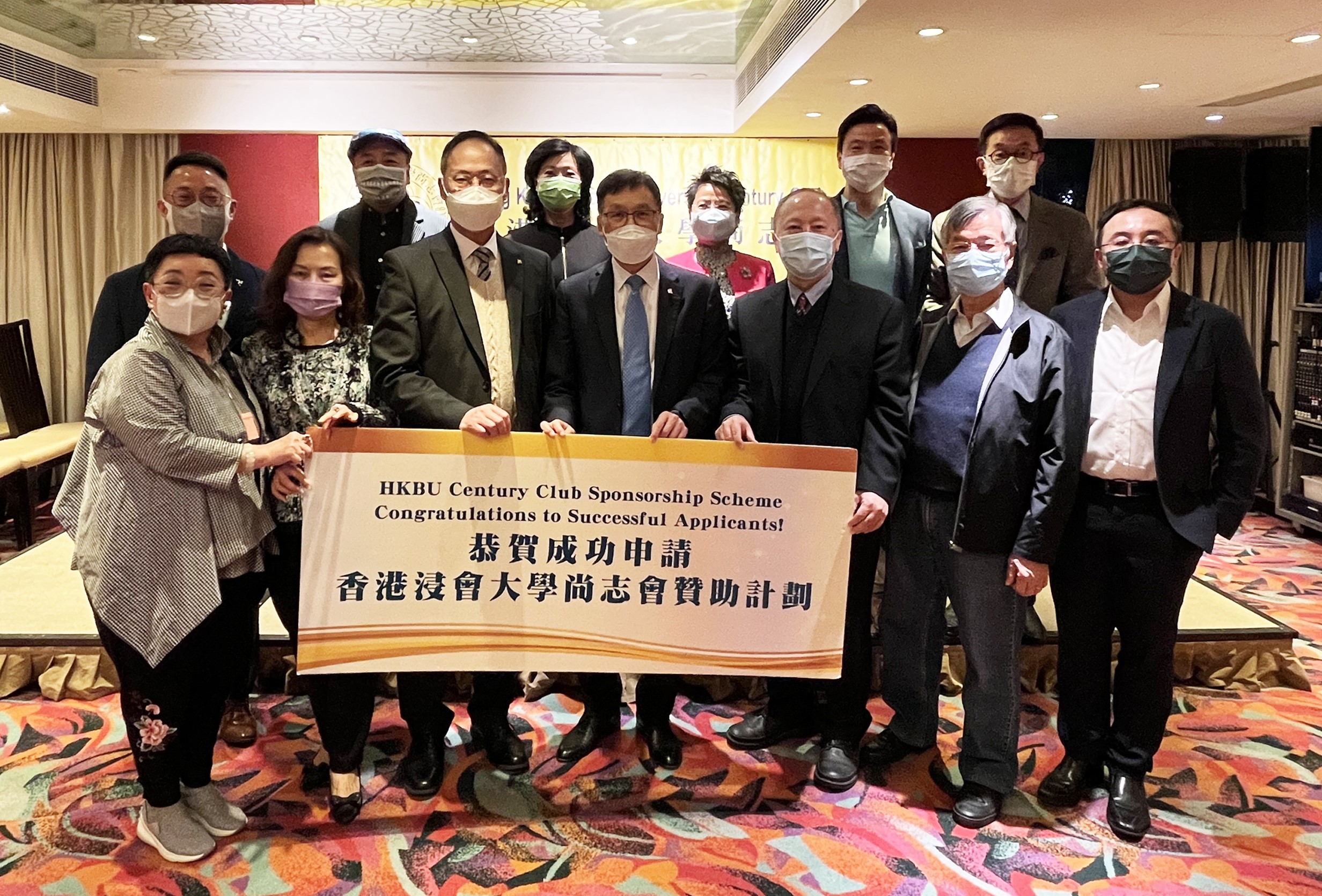 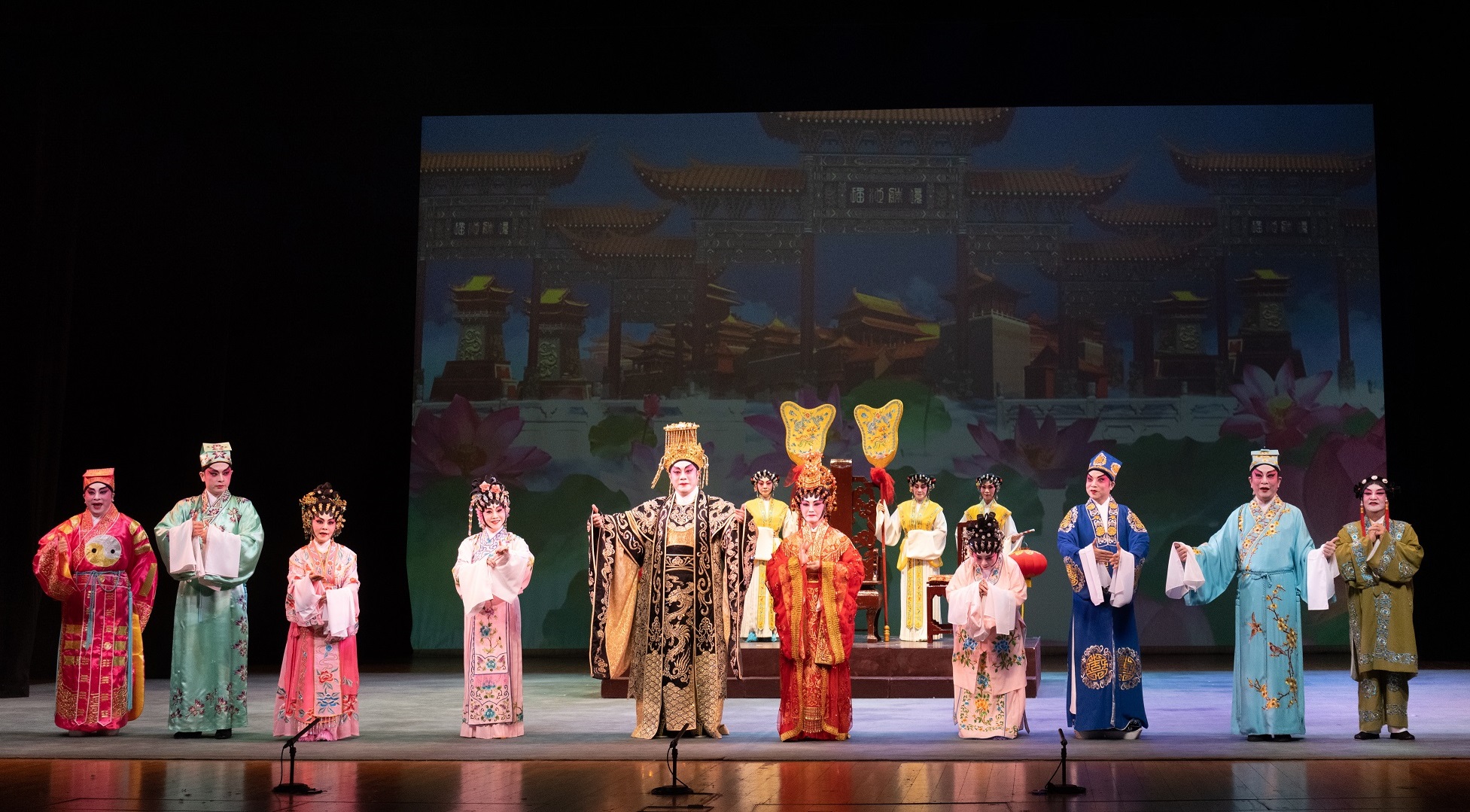 Alumni perform role play to celebrate the Anniversary of HKBU. 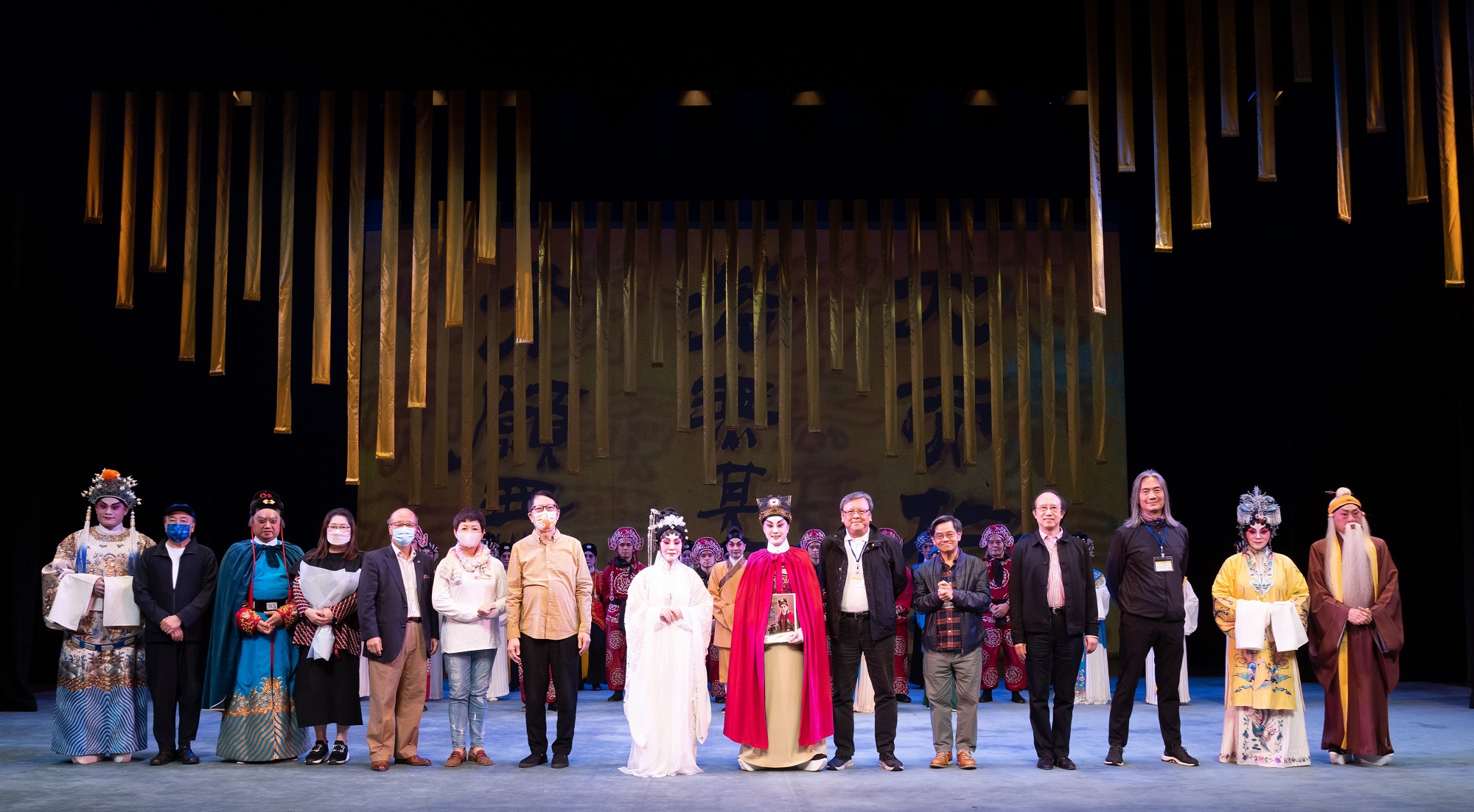 Alumni, performers and crew of Legacy of Love join the curtain call.