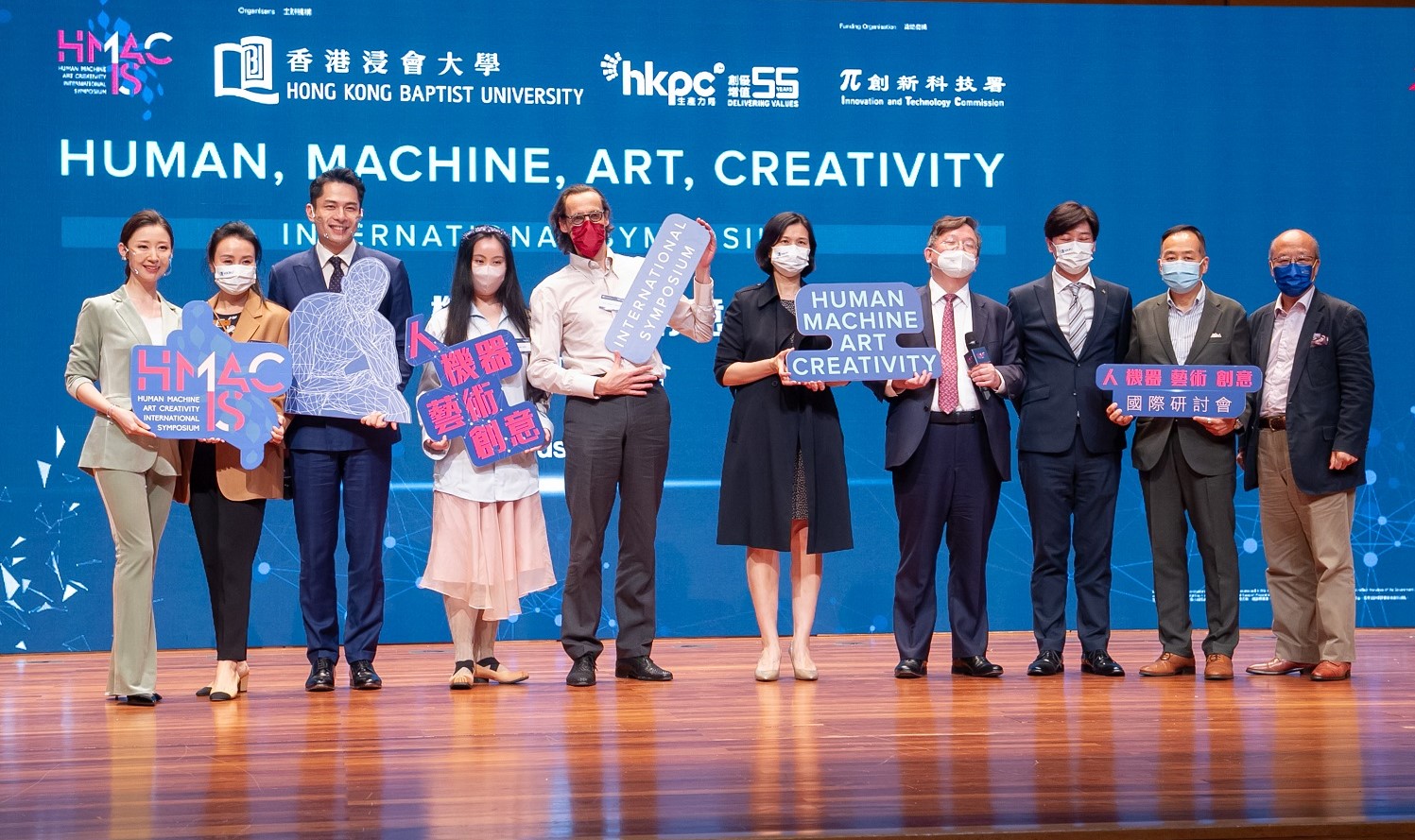 Co-organised by HKBU and the Hong Kong Productivity Council, the “Human, Machine, Art, Creativity: International Symposium” was held at the Hong Kong Convention and Exhibition Centre on 9 August. The Symposium featured a number of world-renowned researchers and artists from academia and industry. The topics discussed at the Symposium focus on the development of human-AI symbiotic art creativity. During the event, the University announced the launch of the “Turing AI Orchestra”, the world’s first AI ensemble, and the Symposium is one of the key deliverables of the Research Grants Council funded “Building Platform Technologies for Symbiotic Creativity in Hong Kong” HKBU research project.

The event was graced with the addresses, through video, by The Honourable John Lee Ka-chiu, Chief Executive of the HKSAR; Mr Xu Jie, Deputy Director-General, Department of International Cooperation, Ministry of Science and Technology of the People’s Republic of China; and Dr Zhang Zhihua, Director-General, Youth Department of the Liaison Office of the Central People’s Government in the HKSAR. Professor the Honourable Sun Dong, Secretary for Innovation, Technology and Industry of the HKSAR Government also gave an opening address in person.

Other officiating guests of the opening ceremony included Professor James Tang Tuck-kong, Secretary-General of the University Grants Committee; Ms Zhu Yihua, Deputy Director-General, New Territories Sub-office of the Liaison Office of the Central People’s Government in the HKSAR; and Mr Mohamed Butt, Executive Director of the Hong Kong Productivity Council; Dr Clement Chen, Chairman of the Council and the Court of HKBU; Ms Rosanna Choi, Treasurer of the Council and the Court; Professor Alexander Wai, President and Vice-Chancellor; Professor Guo Yike, Vice-President (Research and Development); Ms Christine Chow, Vice-President (Administration) and Secretary; and Professor Johnny M Poon, Associate Vice-President (Interdisciplinary Research). Several alumni also attended the event to witness the announcement of the launch of the “Turing AI Orchestra”, a significant moment of their alma mater which also marks the next milestone of the University’s vision in advancing arts and culture, as well as art-tech, in Hong Kong and beyond. 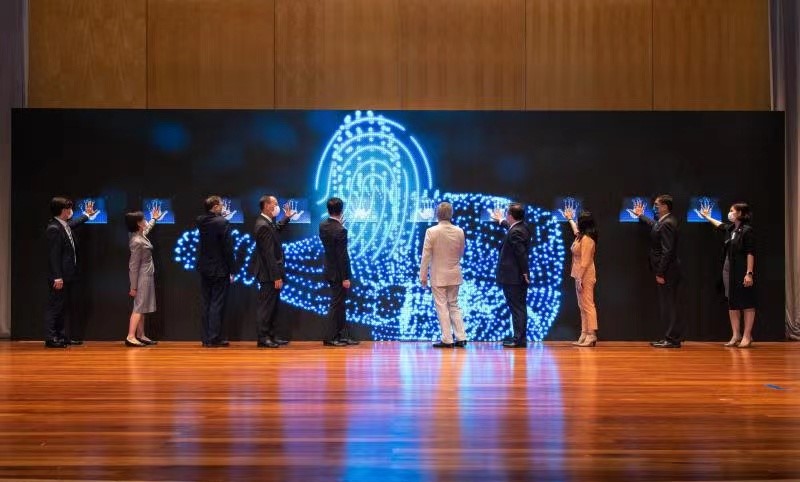 Officiating guests officiate at the Opening Ceremony of the Symposium. 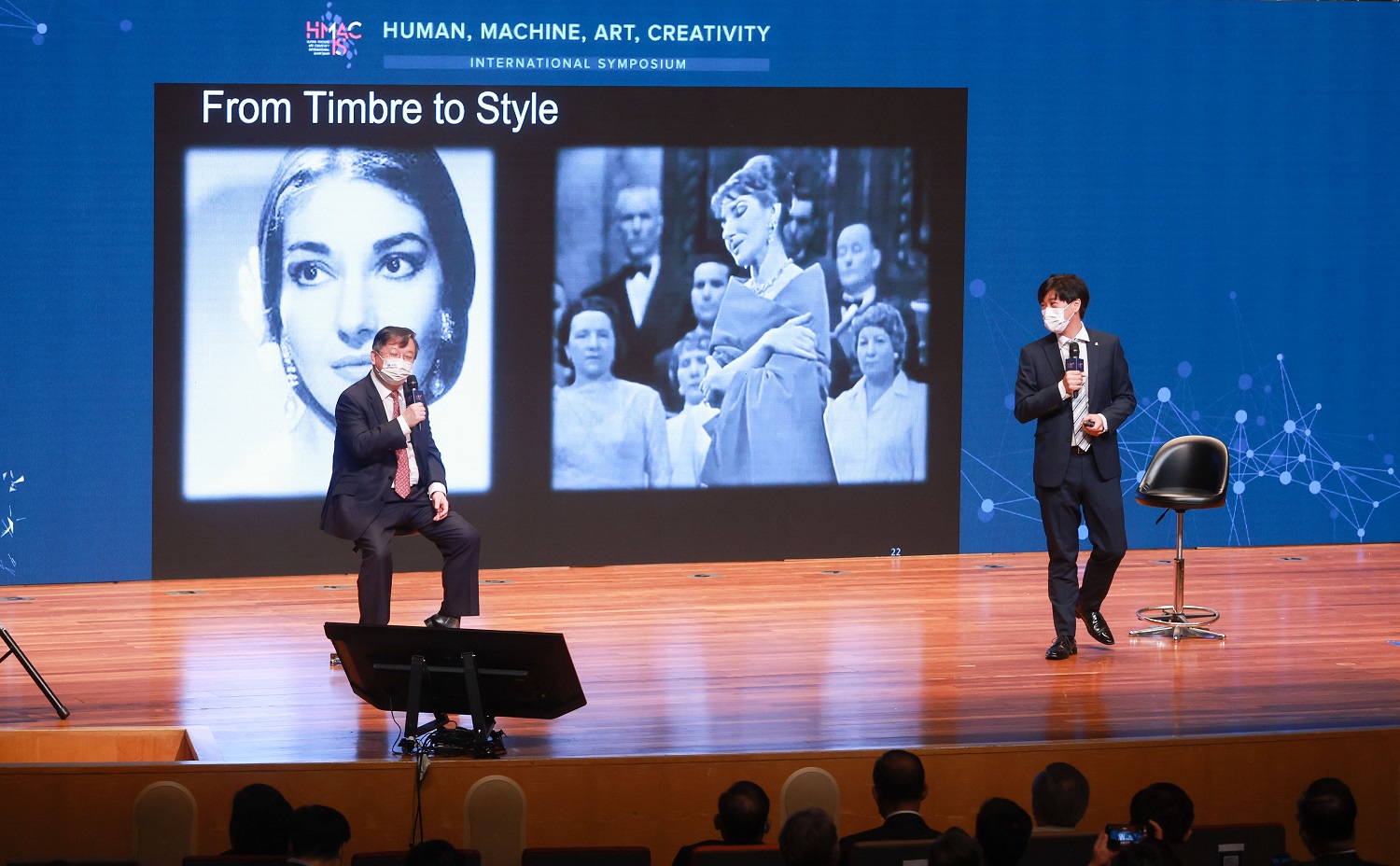 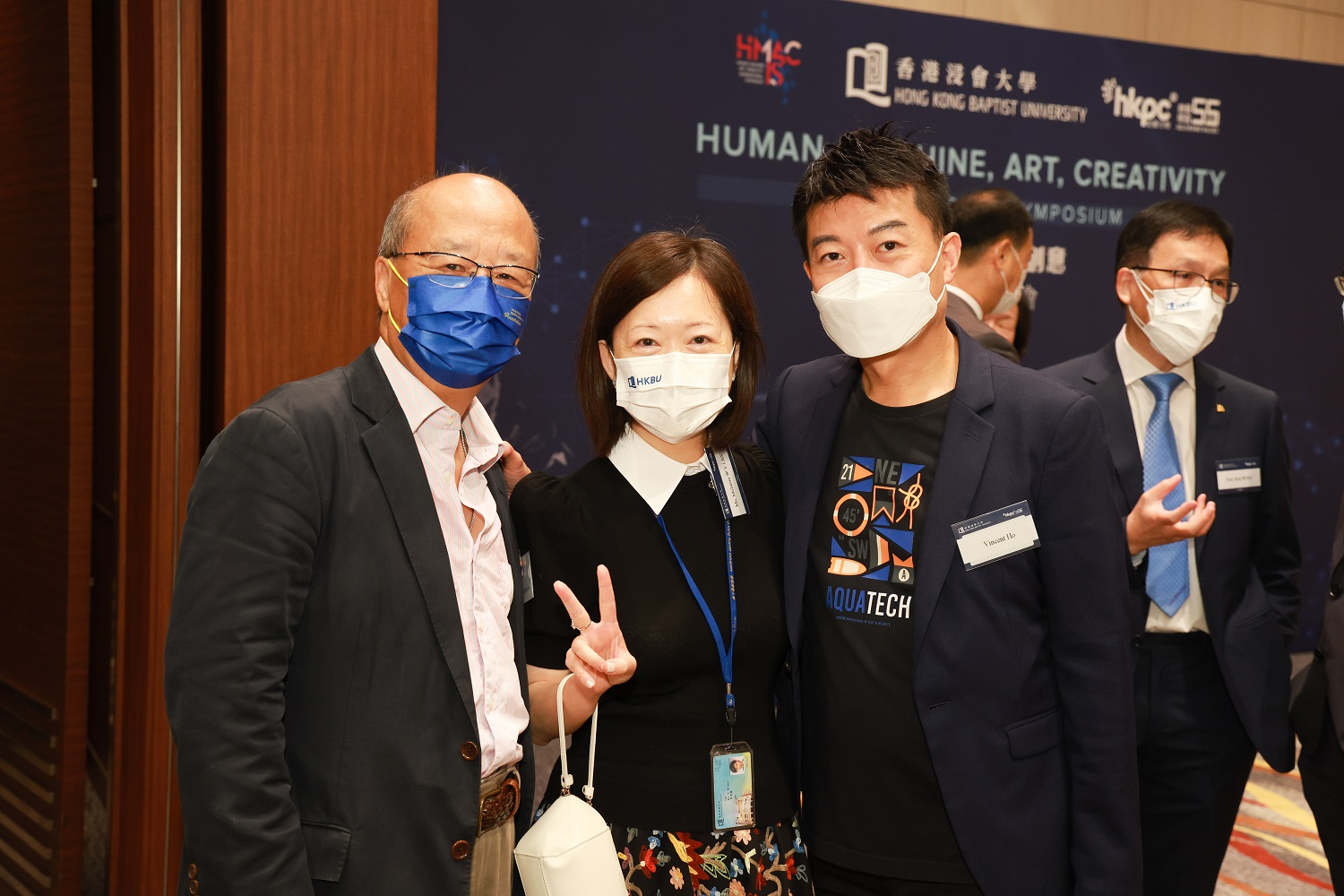 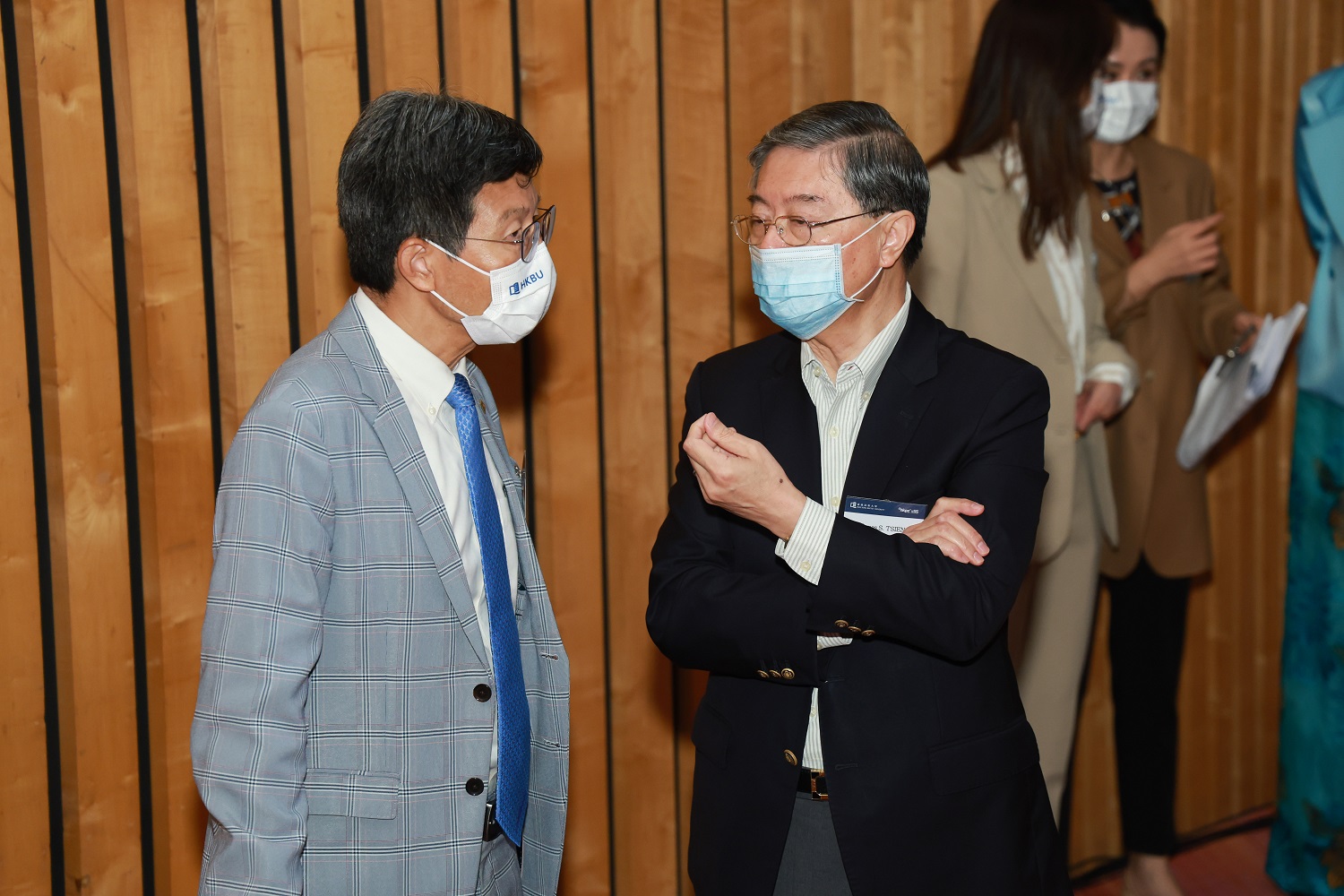 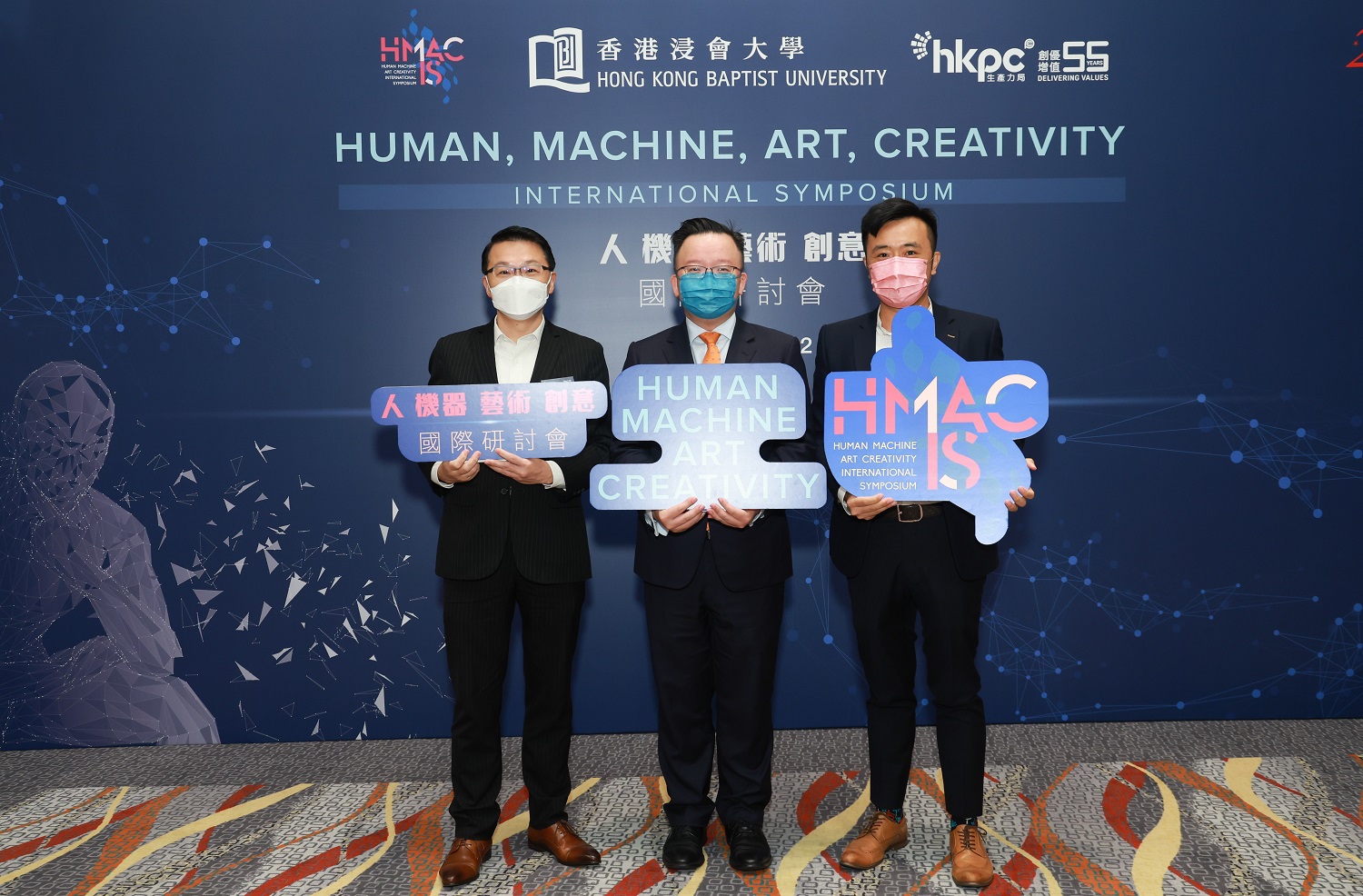