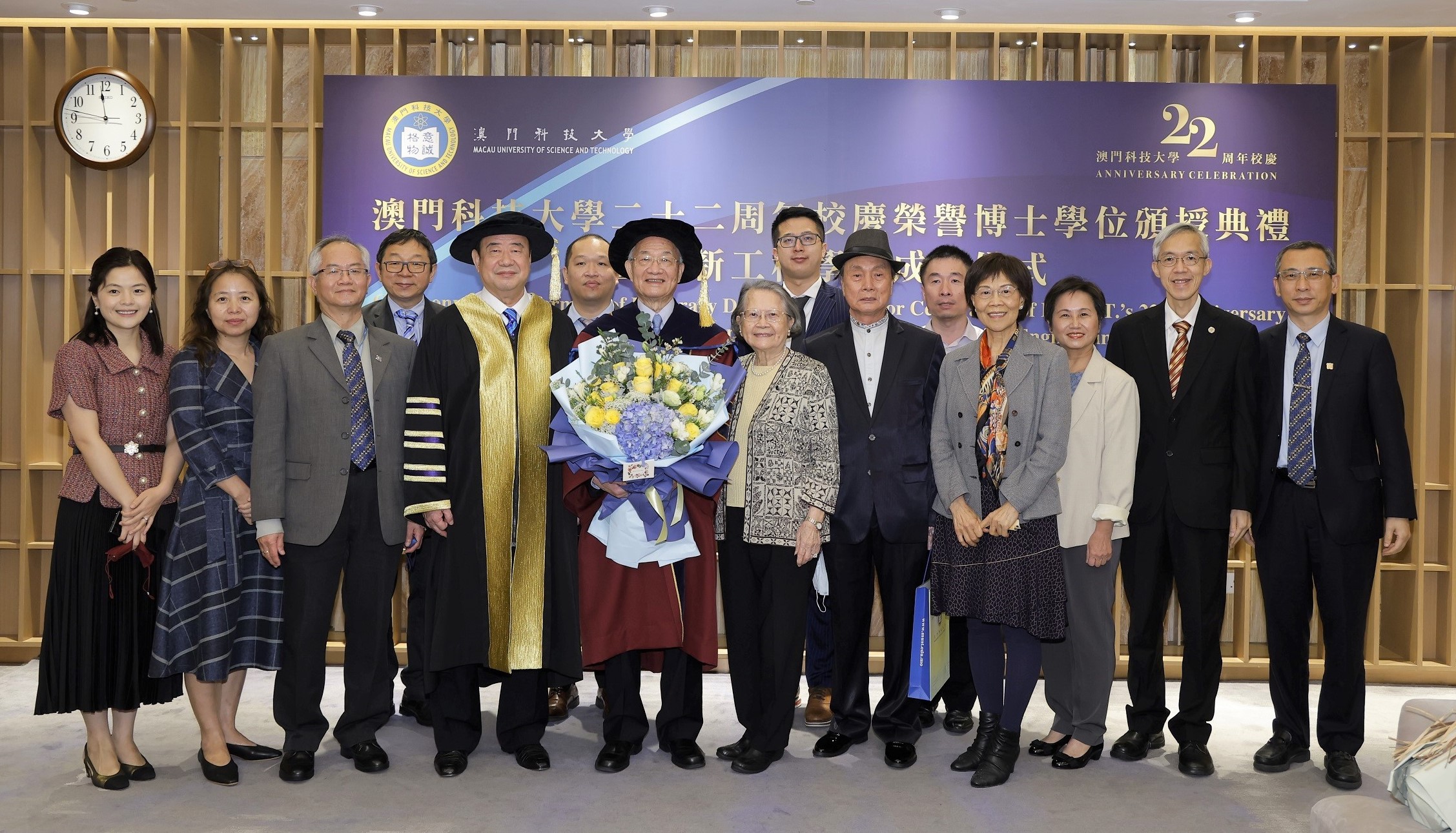 Dr Daniel C.W. Tse, President Emeritus of HKBU, was conferred an Honorary Doctorate Degree by Macau University of Science and Technology (M.U.S.T.) at the conferment ceremony for Celebration of its 22nd Anniversary held on 27 March, in recognition of Dr Tse’s outstanding contributions to, and support for, the community at large.

Members of the HKBU Alumni Association of Macau (HKBUAA of Macau), including alumnus Dr Sammy Liu (English Language & Literature), Supervisor General of the Association and Chancellor of M.U.S.T., conveyed their congratulations and support to Dr Tse in person at the ceremony. Congratulations to Dr Tse! 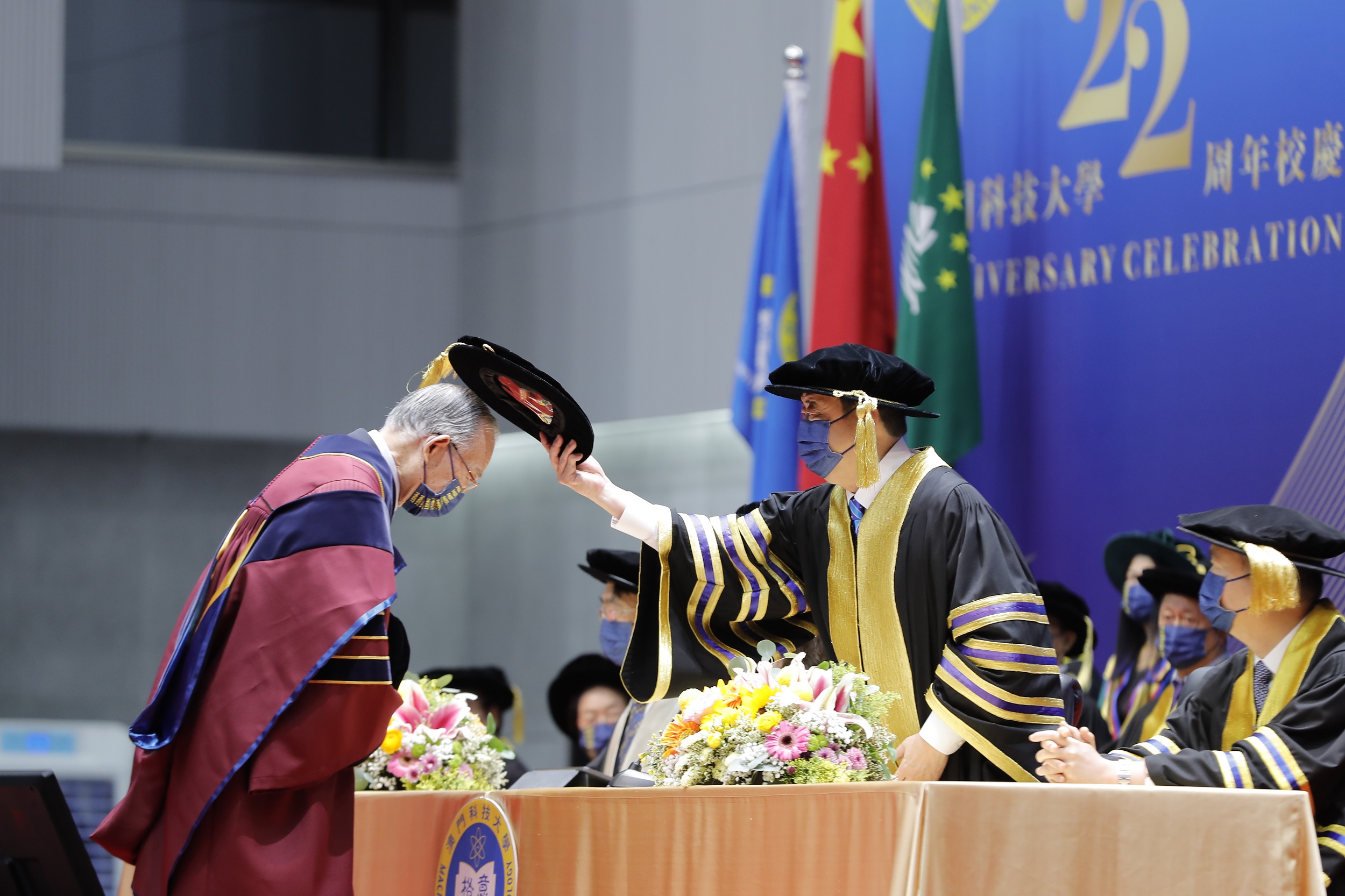 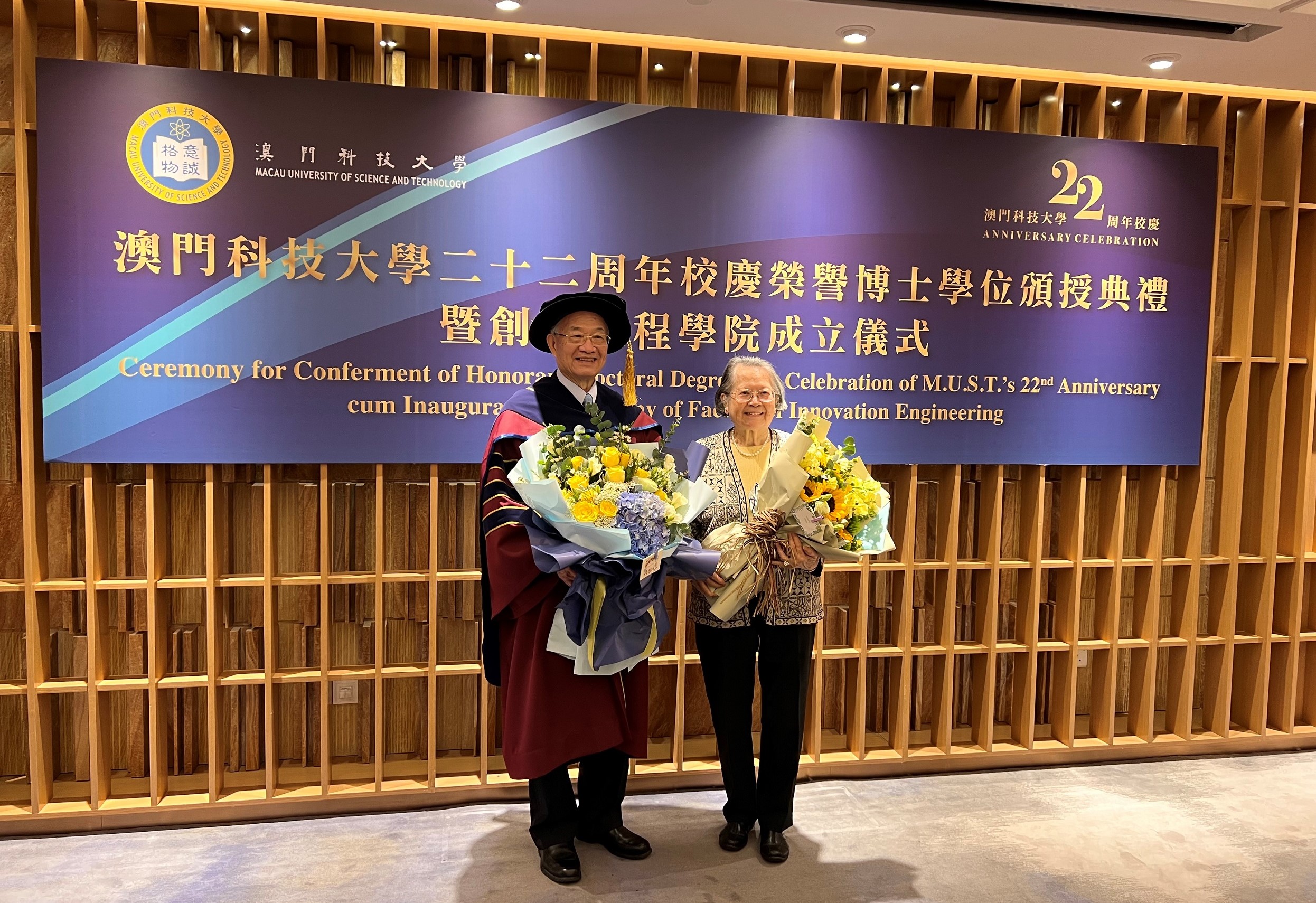