To promote Chinese culture and art to the young generation, HKBU Alumni Association of the Greater Bay Area (GBAAA) and Manufacturers and Commercial Association of Hong Kong jointly organised the GBA Inherit Chinese Culture Festival. As a prelude to the Festival, a film appreciation session of the movie Arrow Sworn, starring Cantonese opera virtuosi Dr Law Ka-ying, was held on 1 August. The event was officiated by Professor Alice Chiu, Founding President of the Greater China Cultural Association and Honorary Board Member of GBAAA, and was well attended by celebrities, government officials, entrepreneurs and community leaders in town, including among others Dr Lisa Wang, President of The Chinese Artists Association of Hong Kong. At the event, alumnus Dr Vincent Ho (Communication), Founding President of GBAAA, shared with the audience the recent developments of the Greater Bay Area (GBA). He also took the opportunity to encourage young people to capitalise on the growing potentials of the GBA. 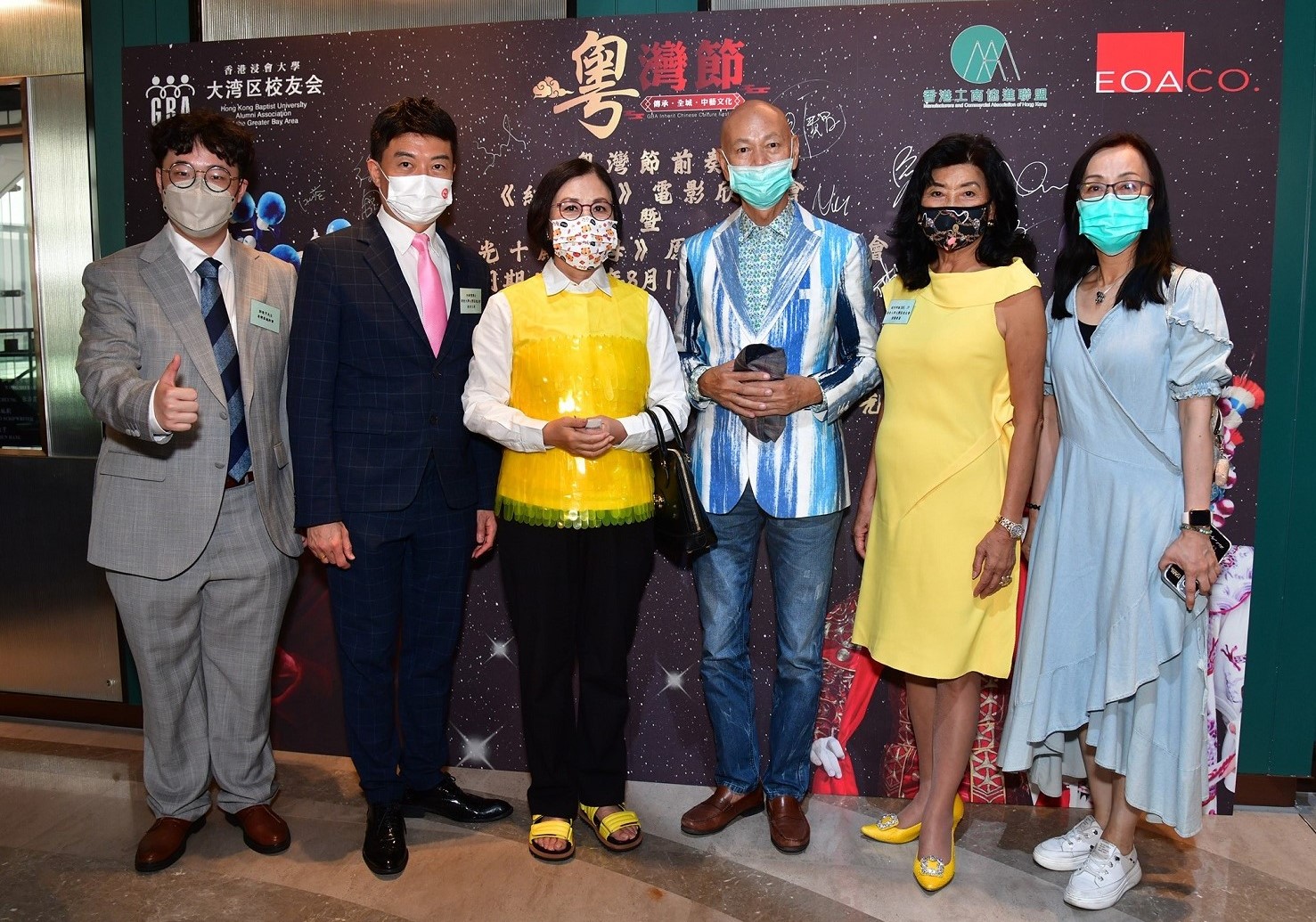 With the support of alumnus Alex Ma (Physics), Vice-President of GBAAA, Deputy General Manager of Luk Ka International Ltd. cum General Manager of Luk Ka Creative & Cultural Centre, the GBAAA announced the setup of its headquarters at Luk Ka Creative & Cultural Centre (the Centre) in Qiaotou Town, Dongguan. The Unveiling Ceremony of the headquarters was held at the Centre on 27 July, and was well attended by guests including government officials of Dongguan Municipality and Qiaotou Town. The Hong Kong and Macao Affairs Office, the People’s Government of Guangdong Province and Hong Kong Economic and Trade Office in Guangdong also sent their congratulations via video clips which were shown at the ceremony. When delivering the welcome remarks, alumnus Dr Vincent Ho said that the Association was honoured to have the participation and support from all the government officials, both on the Mainland and in Hong Kong. The ceremony was also live-broadcast to the HKBU alumni community. 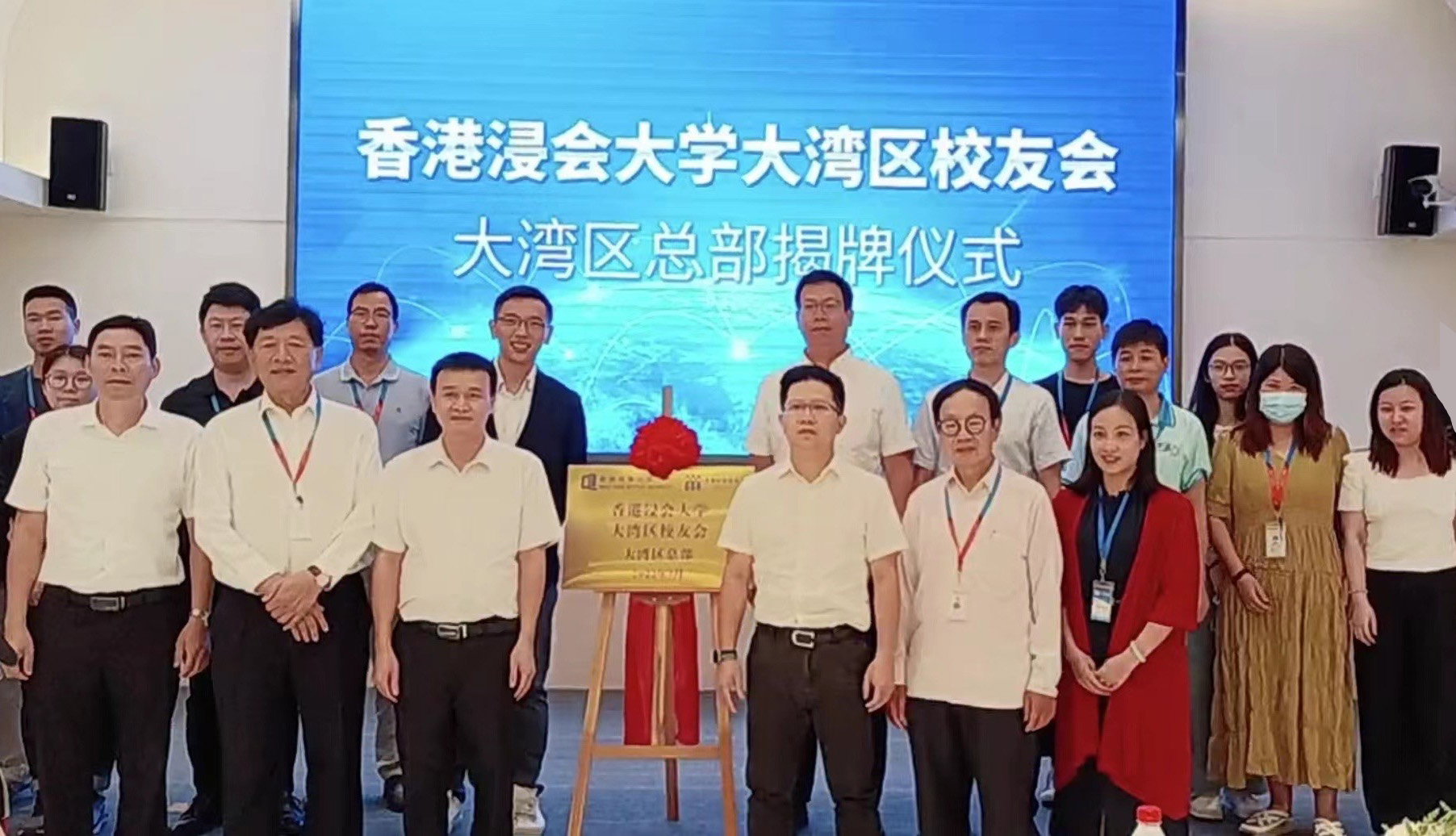 Exchanges Views with HKBU Scholars on Prospect of Interactive Media

During the lunch gathering, participants discussed ways to facilitate the collaboration between the academic programmes of the University and companies developing metaverse games, and how these programmes could leverage the alumni network to provide more learning and employment opportunities for students. Dr Lee also shared the diverse development prospects of the game design industry, and stressed that the application of game design is not limited to entertainment but could include, for example, the promotion of conservation in society. 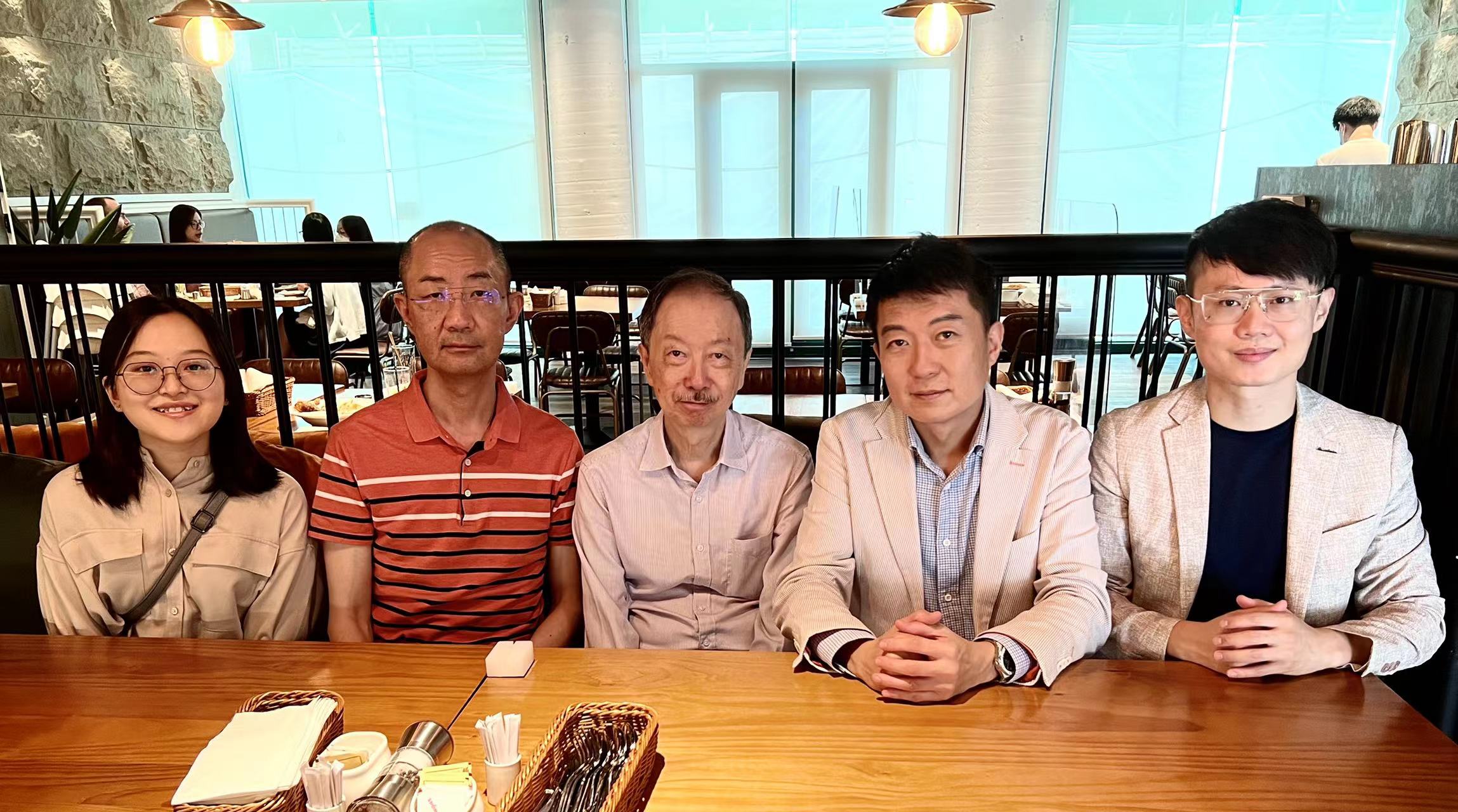 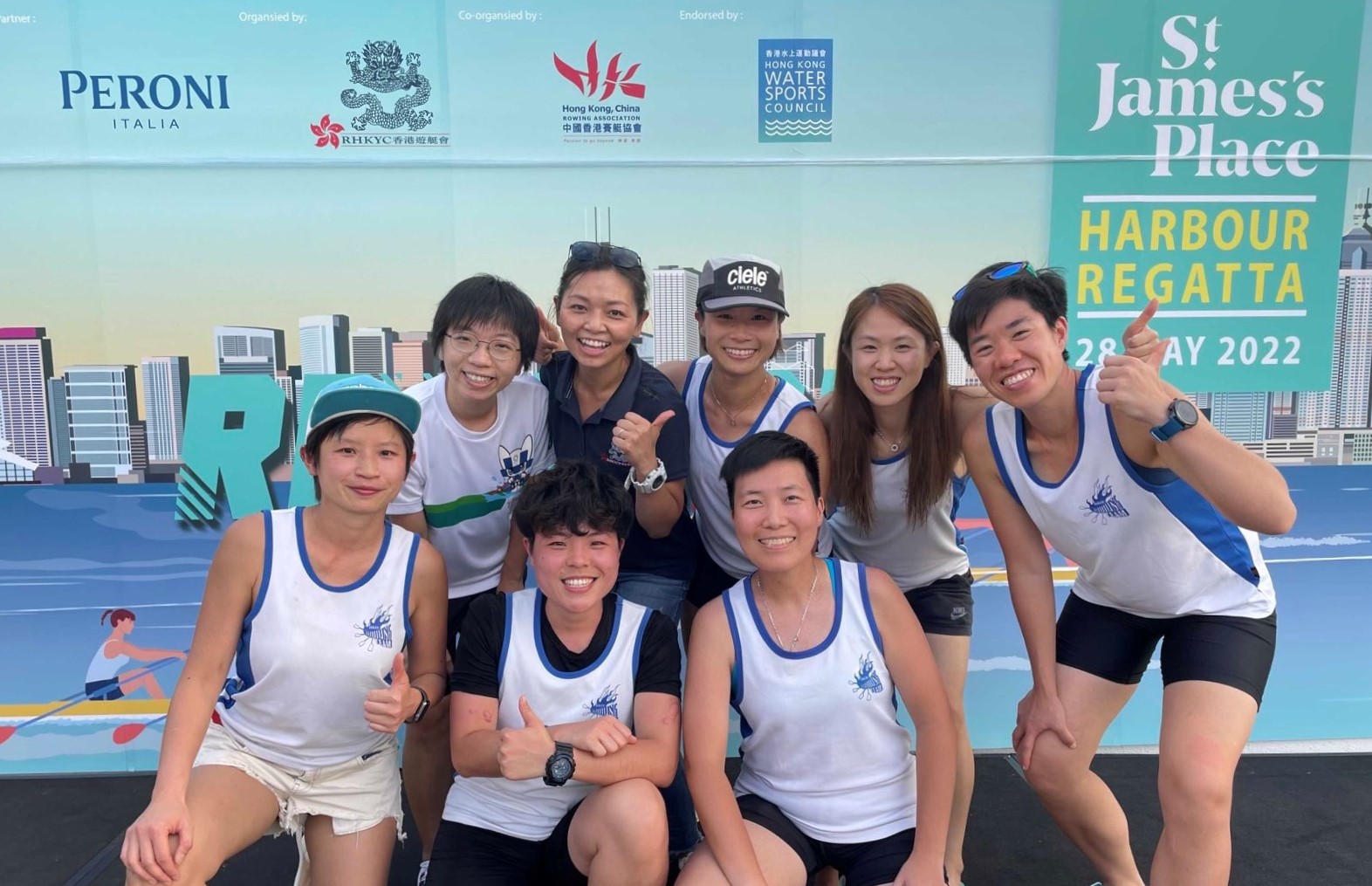 Some alumni attend the Regatta to show support for the HKBURCAA team.

HKBU Rowing Club Alumni Association (HKBURCAA) participated in the 6th Harbour Regatta on 28 May. The Regatta was organised by Royal Hong Kong Yacht Club and co-organised by Hong Kong, China Rowing Association. A team of HKBURCAA won the first runner-up in the Women Master coxed quad (4x+) event. Alumni who had participated in the event remarked that it was a great experience to return to regular training. 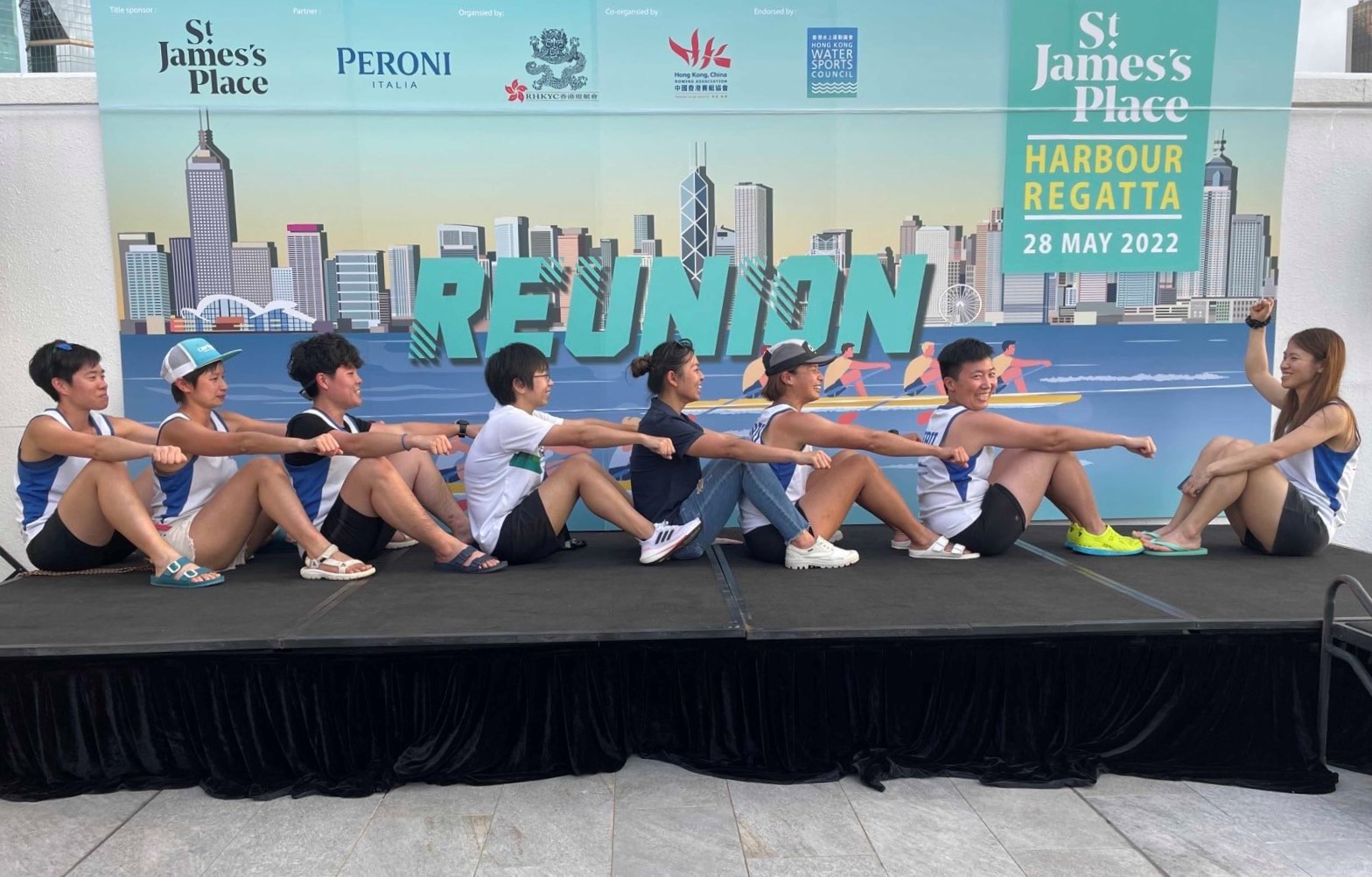 The race offers a good opportunity for reunion of alumni rowers. 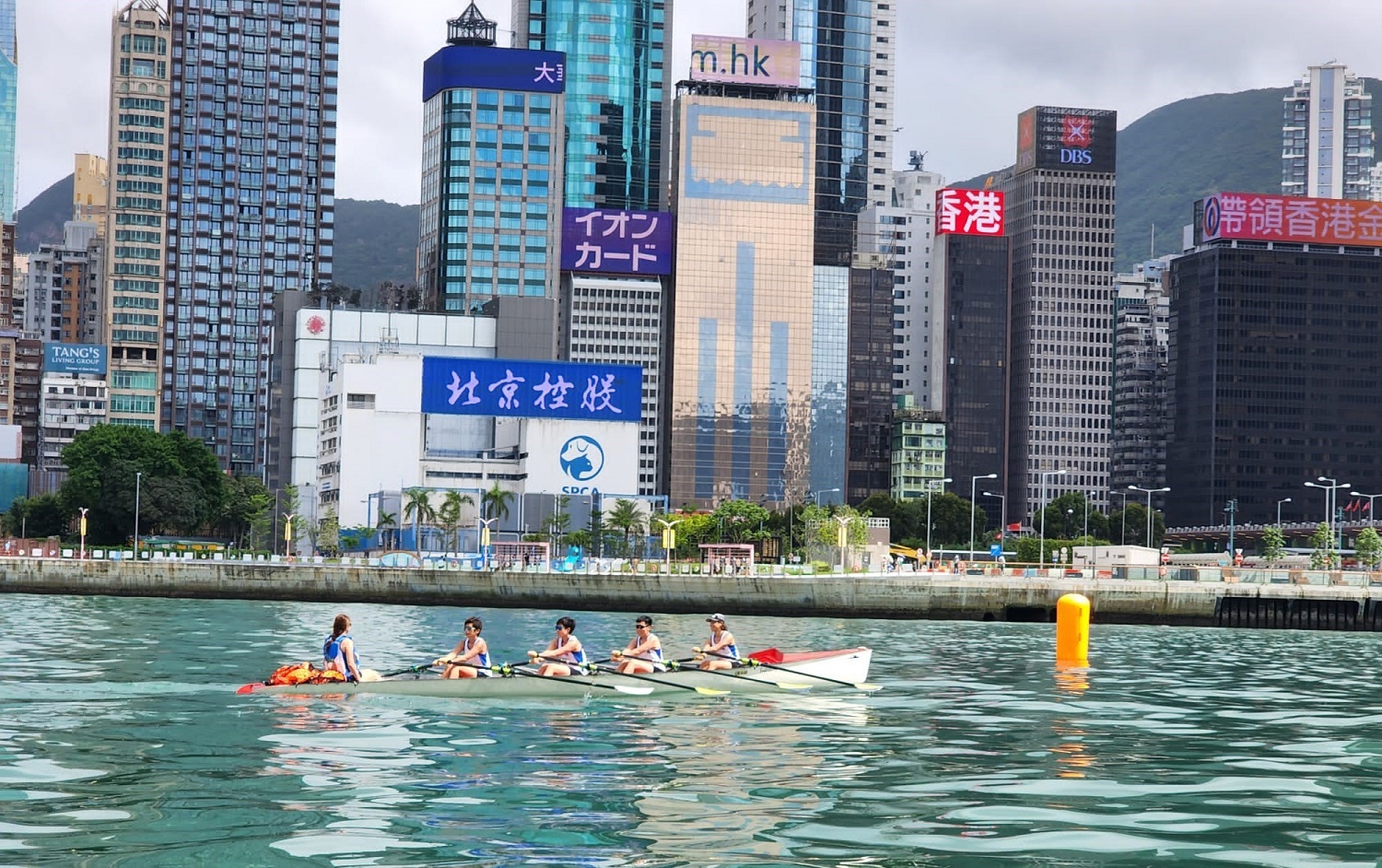 The HKBURCAA team enjoys the race in the beautiful harbour.